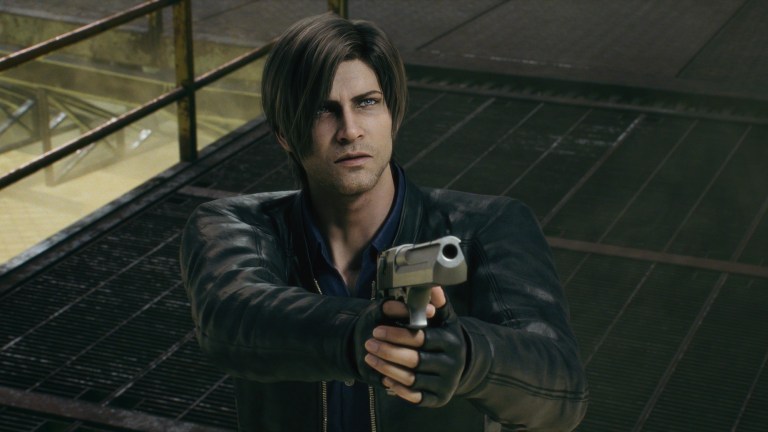 Resident Evil: Infinite Darkness explores a time of change for its main characters. Years removed from the Raccoon City disaster that first brought them together, Leon S. Kennedy (Nick Apostolides) and Claire Redfield (Stephanie Panisello) are still leading the fight against bio-organic weapons but from different angles. Set after Resident Evil 4 but before the Kijuju incident in Resident Evil 5, Leon has embraced his role as President Graham’s top security man after saving his daughter from Los Iluminados. Meanwhile, Claire is overseas, working for an NGO in the war-torn country of Penamstan, where a bloody civil war has left the nation in crisis.

But these heroes don’t stay apart for long. By the end of the first episode, they’re on a new mission that’ll take Leon to Chinese soil and Claire to the very depths of a conspiracy involving someone high up in the American government. And when zombies attack the White House, it’s clear that nobody is safe.

So, how did this all play out and what does the ending mean for these characters? Here’s what you need to know:

I’ve already shared my thoughts about the overall quality of the series, so I’ll try not to harp on it here, but Infinite Darkness‘ plot is incredibly convoluted, to say the least. The events of the series all come down to one government official’s greed and his plan to extort the planet.

Since the very beginning, Defense Secretary Wilson (Brad Venable) has blamed the Chinese for a hacking incident and then a zombie outbreak inside the White House. In the final episode, we learn why. Wilson wants to a spark a war between the U.S. and China in order to unleash a new version of the Progenitor virus on the battlefield (we see him experiment with this during the crisis in Penamstan in flashbacks). The official American stance would make China the scapegoat, keeping the heat off Wilson and his big pharma cronies, while the chaos of war between two of the most powerful nations in the world, plus the unchecked spread of a virus that turns people into flesh-eating monsters, would leave the planet scrambling for a cure.

That’s where a secret inhibitor Wilson has financially invested in would come in. The infected would have no other choice but to buy the inhibitor from Tricell, the pharmaceutical corporation that Wilson is in cahoots with, which would mean plenty of money going into the Secretary of Defense’s pockets. Yeah, he’s one of the biggest scumbags ever introduced to the Resident Evil universe, but karma sure does catch up with him when he’s infected with the very virus he helped create.

How’s that medicine taste? Your own flavor?

One of the earliest victims of Wilson’s machinations are Jason (Ray Chase) and his squad of soldiers, who drop into a warzone in Penamstan to rescue fallen helicopter pilot. Yes, it’s very Black Hawk Down but with a zombie outbreak.