﻿ Loki’s Head Writer Loves Alligator Loki As Much as You Do – What's new drama? 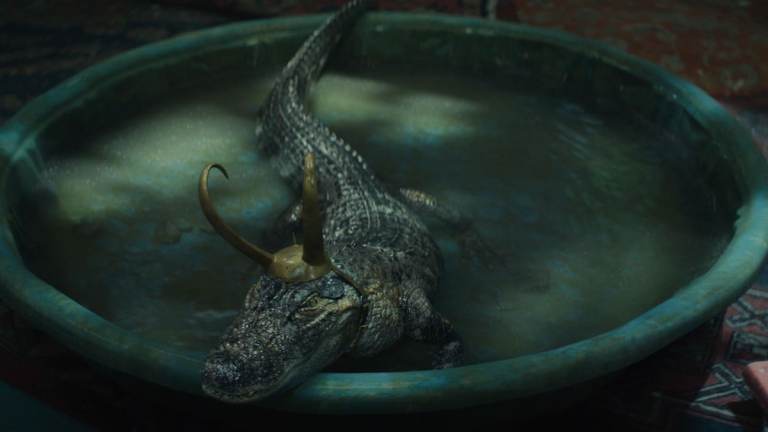 Loki episode 5 introduced a multitude of new Loki variants, including an older Classic Loki sporting the character’s iconic comic costume, a younger Kid Loki version, and most importantly: Alligator Loki. This small reptilian variant – complete with tiny golden horns! – is apparently just as much of an Asgardian trickster as his more human counterparts. (Even though, admittedly, his very existence raises some legitimate questions about his birth and adoption status that the show does not and sadly will probably never address.)

While Alligator Loki’s screentime during “Journey into Mystery” is relatively limited, he nevertheless steals every scene in which he appears – and all of our hearts along the way – thanks to his sassy growls and penchant for violence. Because let’s face it, no matter what you were expecting from Loki, an alligator version of the character biting the hand off another, entirely different version of the character was probably not it. Embrace the chaos, Marvel!

Despite Classic Loki’s heroic sacrifice at the end of the episode and the chilling admission from Kid Loki that he succeeded in killing his brother Thor, it’s Alligator Loki who has firmly emerged as the series’ most talked about Loki variant.  Just look online, where a steady stream of memes, fan art, and behind-the-scenes tweets are actively celebrating the arrival of our new reptilian God of Mischief. A (surprisingly cute) Funko Pop is already available for pre-order and I know I can’t be the only person desperately hoping that we’ll get some sort of cuddly plush in the very near future.

In short: Alligator Loki has reached Baby Yoda status, and we’re all going to have to live with it. (This is not a bad thing, by the way.) It turns out that even Loki head writer Michael Waldron is not immune to Alligator Loki’s many charms, naming him the best Loki variant of all.

“I mean they’re all unique and interesting in their own way,” Waldron tells Den of Geek. “But Alligator Loki, he’s my favorite.”

This admission actually carries more weight than fans may initially be aware of. According to Waldron, the first draft of Loki’s fifth episode included even more Lokis than the roughly 15 different variant versions we see pop up during the hour.

“Tom Kaufman, who wrote episode five, he’s an amazing writer who wrote for Rick and Morty, and his first draft had so many different Lokis, I can’t even remember all of them now,” Waldron says. “But there was such a buffet of different Lokis.”

Clearly, none of them could compete with a Loki who was, in fact, an entirely different species. And since this same episode also shows us Frog Thor briefly, I think we have to assume that there may well be timelines where every Avengers character is actually a different type of animal. Future What If…? episode fodder, perhaps?