Why Batwoman’s Choice to Abolish the Crows Matters 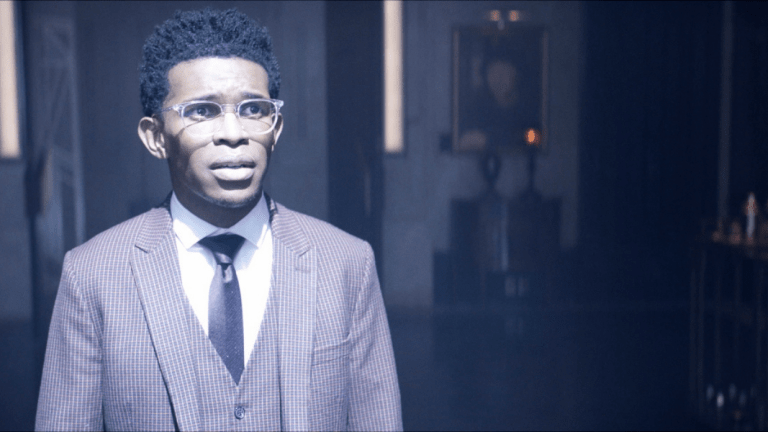 In the previous episode, Batwoman put Luke in the literal crosshairs of white Crows in an inevitable conflict between a Black man and a trigger happy cop. The circumstances that led there were messy and didn’t make much sense, but the Crows shooting an unarmed Black person was a narrative certainty—the logical apex of the season-long arc surrounding the Crows. When Luke uncharacteristically tries to stop Eli, a white man, from stealing a car—a fairly harmless crime—Crows pull up and assume Luke is the thief. We know what happens next, Luke is shot twice and near-fatally wounded. Luke is barely hanging on, and is offered the choice in his subconsciousness purgatory whether to return to the land of the living or be with his dad in the afterlife.

When Ryan and Mary learn what happened, Mary immediately begins to produce a serum from the Desert Rose. The Crows guarding Luke refuse to let Mary see him, so the Bat Team employs Wolf Spider to break into Luke’s room and administer the serum. Batwoman goes after Eli, who tells her what really happened to Luke. Then she sets her sights on Agent Tavaroff, who lied about Luke having a weapon, and altered body cam footage to show Luke pulling out a gun. Ryan asks Sophie for help and they have yet another argument about the Crows and Sophie’s part in upholding their culture of violence. Sophie went from being unquestioningly loyal to Jacob Kane to deeply critical of him and the organization he built. It took time for her to see that the Crows were beyond fixing, but once she accepted that premise she quit. And when the Bat Team needs her, she goes back in to talk to Jacob and convinces him of what needs to be done.

Since his introduction, Agent Tavaroff has been the “bad apple” of the Crows, a sort of singular representation of all that is rotten within the organization. But as the saying goes—and what so many people who use the phrase fail to reconcile—is, “one bad apple spoils the bunch.” Tavaroff may be the worst of them, but he is by no means the only one. When Jacob finally finds some sense and asks for Tavaroff’s badge and gun, Tavaroff knocks him out and conspires with his bad batch to make Jacob overdose on Snakebite. Sophie, who is plugged into the camera system to guide Batwoman to the undoctored body cam footage, sees this and sends Batwoman to save him—potentially losing their only chance to exonerate Luke.

Batwoman saves Jacob from his own agents and, in turn, Jacob publicly confesses to Tavaroff’s wrongdoing and takes responsibility for the culture he’s cultivated within the Crows. He disbands the Crows, effectively immediately, freeing Gotham from its grip. Batwoman gives us a fairytale ending, one where the Big Bad is defeated and limps away, never to hurt people again. Sure, the GCPD still exists in this universe and none of the systematic issues have been addressed, but a giant has been slain and it is still a win for our heroes. With the Crows gone, Jacob has time to focus on his relationships with his daughters and this is perfect timing for Alice to reveal that Kate is alive and she knows where to find her.

After a long back and forth in purgatory with Bruce of all people, Luke decides he doesn’t want to live in a world where he can be killed just for being Black. He chooses to stay with his dad—to die—but is pulled back into consciousness. Giving Luke options then denying him the agency to act on them was… A Choice. I would’ve been upset if Luke died and they reasoned that it was his choice to go, because the end result would still be a Black man dying at the hands of a white cop. But the alternative? Having Luke choose to go then forcing him come back is almost as violent? It’s a choice that doesn’t work if Batwoman writers aren’t prepared to examine what this means for Luke or use it to inform his characterization in any meaningful way going forward.

“Armed and Dangerous” is not a perfect episode, but it is an important one. Everything is different… or should be. We know power hates a vacuum, and that something as bad or worse is likely to rise from the Crows’ ashes, but that’s a story for another season. Batwoman has made significant leaps this season with both character and setting, and there are so many places to go, the storytelling possibilities are endless. My hope is that these choices stick, that characters continue to evolve, and that the world is irrevocably changed.