Army of the Dead Ending Explained 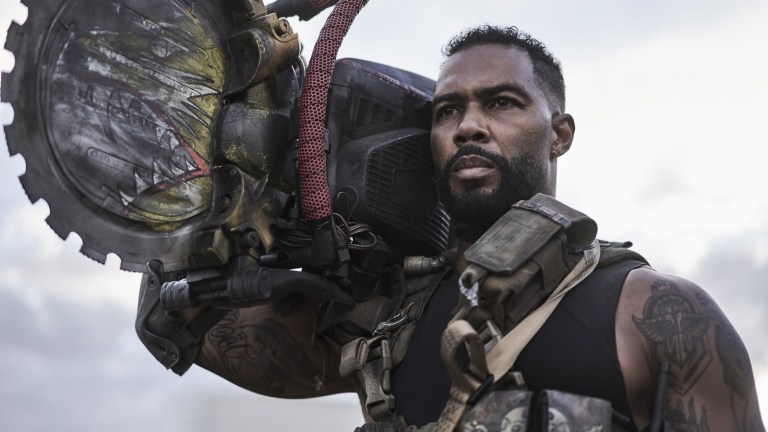 There’s a moment during Army of the Dead when a team led by former mercenary Scott Ward (Dave Bautista), on a mission to recover a casino owner’s cash from a vault in ruined, zombie-ravaged Las Vegas, comes upon the remains of a previous team seemingly sent into the city for the same reason. Ward’s right-hand man, a philosophically inclined “zombie killing machine” named Vanderohe (Omari Hardwick), muses that perhaps this is their team — and that they’re caught in a time loop, repeating the same disastrous actions over and over again. What a concept, bro!

Of course, that’s not the case (this isn’t Doctor Strange or even Boss Level) and the bodies are simply those of a different team. But it does foreshadow the very end of this movie, which adapts the same nihilistic view of the world that has permeated much of director Zack Snyder’s work, from his debut feature, 2004’s Dawn of the Dead, to the recent Zack Snyder’s Justice League, which undoes the title team’s victory just minutes later in the film with its now famous mid-credits sequence.

Ward, Vanderohe and a Dirty Dozen-style ragtag assembly of assassins, safecrackers, suspicious security personnel, and a helicopter pilot are in fact hired by casino owner Tanaka (Hiroyuki Sanada) to penetrate Sin City — which has been walled off to prevent the mysterious zombie outbreak from seeping into the rest of the country — and salvage some $200 million from his hotel’s vault. They have to outwit and outrun the undead hordes, which are led by Zeus, a super-strong, intelligent zombie king (Richard Cetrone) who apparently has grand plans to create his own — you guessed it — army of the dead.

Also along for the trip is Ward’s estranged daughter Kate (Ella Purnell), who’s ventured in with the team to search for a friend of hers from the “quarantine camps” outside the city walls. At first things seem to go well: guide Lily (Nora Arnezeder) sacrifices scummy camp security guard Cummings (Theo Rossi) to the zombies in exchange for peaceful passage, and the team gets to the safe and the money inside relatively unscathed.

Naturally, someone has a hidden agenda in all this, and it’s Tanaka’s head of security Martin (Garret Dillahunt). Ostensibly along as Tanaka’s eyes and ears, he is secretly tasked with obtaining the head of Zeus’ “Bride,” which Tanaka wants to use to create a zombie army for the government. After Martin beheads the Bride, an enraged Zeus and his legions head to the hotel — even as Ward discovers that Kate has gone off on her own to find her friend Geeta.

Oh, and did we mention that the government is about to drop a tactical nuclear weapon on Vegas as well?

The film’s long last act is basically one continuous, multiple-viewpoint action sequence in which most of the team is killed off via impalement (Lily), mauling by a zombie tiger (Martin), explosions, or zombie assault (pretty much everyone else). One person who escapes the mayhem is Vanderohe, who is locked in the vault by safecracker Dieter (Matthias Schweighofer) at the expense of Dieter’s own life. We’ll get back to him later.

Meanwhile, Kate finds Geeta and Ward finds them both after Kate dispatches a now-zombified Cummings. Ward, Kate, and Geeta head for the roof, where pilot Peters (Tig Notaro) is waiting with a helicopter, but they are pursued by Zeus, who leaps onto the chopper as it takes off. A furious battle between Ward and Zeus ensues. Peters is accidentally injured by a stray bullet and has trouble controlling the chopper, and while Ward does finally blow Zeus’s head off, he is bitten by the zombie king — sealing his own fate.